Embraer workers' strike was temporarily suspended on Wednesday, Sep.,25, due to police repression in front of the plant. The Metalworkers Union of São José dos Campos itself, recommended the suspension.

Early in the morning, blue collar workers held a mass meeting and decided to keep themselves on strike that had begun the day before, Tuesday (Sep.,24).

The scenario changed with the arrival of white collar employees. Military Police forces including the Riot Police forced the workers to run a gauntlet so that, intimidated, the workers moved into the plant premises.

In addition to the Military Police, Air Force officers were also on the spot. Alex da Silva Gomes and Herbert Claros, union officials who were in front of the main gate of Embraer, were attacked with batons by the PM. Alex was arrested and taken to the Federal Police, but there was no indictment.

Faced with the brutality of the military police, the Union decided to suspend the strike action and asked workers from all sectors to go back to work.

Company kept concessionary contract offer
Last night, Embraer representatives called the union for a meeting at 9 pm, but did not submit any new proposals. Even so, they demanded an end to the strike.

Workers demand 6.37% wage increase, while the company proposes an increase based only on inflation (3.28%) and the withdrawal of many labor rights from the contract.

The Union defends new bargaining sessions as far as there are not any improvements.

"The brutality of the military police at the behest of the company is a breach against both the right to freely organize unions and the constitutional right to go on strike.

The strike has been suspended, but the workers' struggle continues, and the strike can be restarted at any time” says Union official Herbert Claros.

The unit of Embraer Av. Faria Lima manufactors commercial aircrafts. This is the plant that is being sold to Boeing.

"It is no coincidence that Embraer insists on legalizing outsourcing within the plant. Breaking this clause is in Boeing's best interest” concludes Herbert.

“The Union will take all necessary legal measures to denounce the use of the State by a private company to crack down on workers. This is very serious and has to be addressed” says union lawyer Aristeu Pinto Neto. 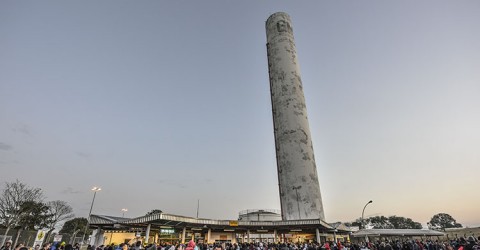 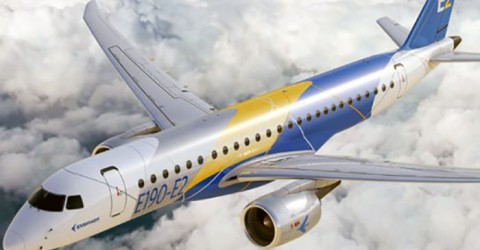 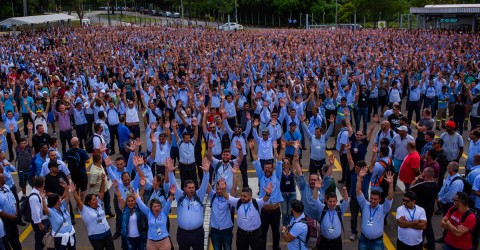 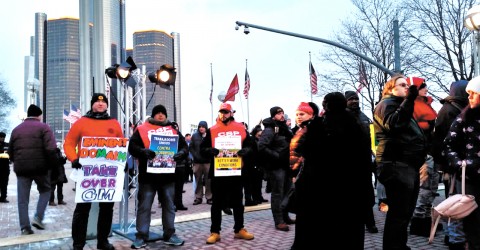 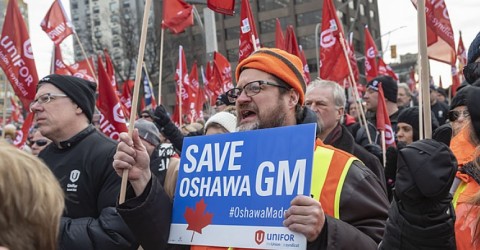 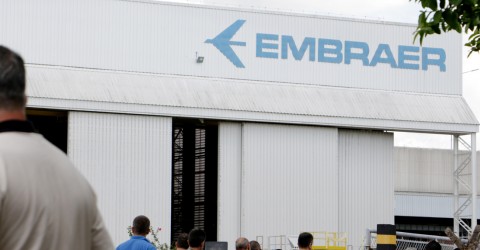 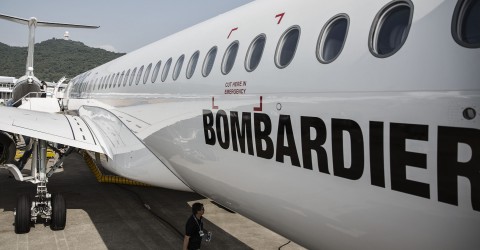 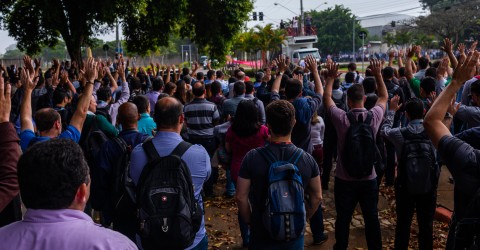